Back in 2017, when other countries were a thing you could visit and not just read about in the news, I was on holiday in Germany. It was a grim and rainy day, and on the advice of a follower from Twitter, I was heading to a former concentration camp.

Half an hour north of Berlin is a small town called Oranienburg, and within the town are the remains of the Sachsenhausen concentration camp. During the Second World War, it was used by the Nazis for political prisoners. 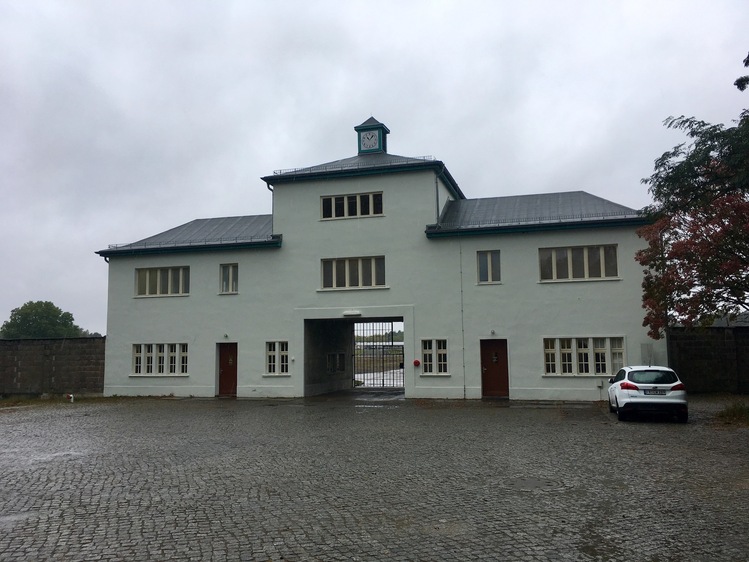 If you just look at the numbers, it might not seem very significant – about 100,000 prisoners died there, a fraction of the 6 million Jews who were killed in the Holocaust, or even the death toll of other individual camps.

But Sachsenhausen reached far beyond its own walls. Oranienburg was the administrative centre of all the Nazi concentration camps, and Sachsenhausen was where new officers came to be trained. That alone is pretty sobering, but it was more than just admin. This was the inventing ground where the Nazis learnt how to do mass murders.

You can kill somebody by hanging them from a rope or shooting them with a gun – which is how political executions were carried out – but it doesn’t scale. Sachsenhausen was where the Nazis trialled techniques for mass killings, which became the template for other camps. Although its primary role wasn’t as an extermination camp, it did have gas chambers and crematoriums, and they were tested there before being used elsewhere.

The work at Sachsenhausen contributed to millions of deaths. As I stood in the cold and grey drizzle, I felt the weight of death in the air. It’s not a happy place – it’s a monument to mass murder.

There is something deeply disturbing about looking at a building, and knowing that hundreds of people died in its walls, and that other people chose to participate.

What struck me was the size. I tend to think of absolute evil as cartoonish. The volcano lair. The Arctic base. The deep-sea submarine. It’s big, it’s imposing, it’s impressive. This was none of those. It’s small. I walked the perimeter in half an hour.

I think I’d have found it easier if it was an enormous complex, running on a scale that I could never imagine. Having it be small makes it feel human, and relatable, and scary.

Most of the buildings are gone, and what’s left is a muddy field. But it’s a reminder that humans can be awful, that evil exists, and it creeps in without being big or flashy. When people talk about the “tyranny” of Europe, I want to drag them there and show them what real evil feels like. 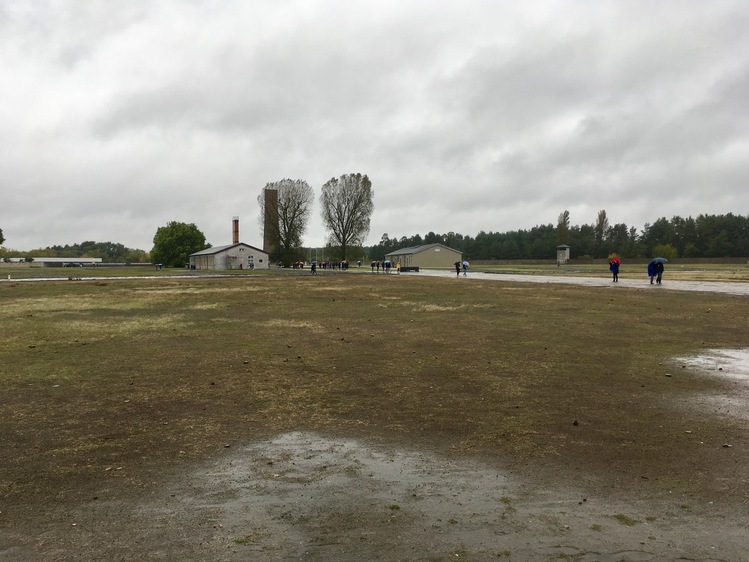 Carved on one of the walls is a quote from Andrzej Szczypiorski, one of the camp’s prisoners:

The Europe of the future cannot exist without commemorating all those, regardless of their nationality, who were killed at that time with complete contempt and hate, who were tortured to death, starved, gassed, incinerated and hanged…

We talk about remembering the world wars, but it’s an increasingly airbrushed image of heroism and daring. There were acts of bravery, certainly, but also acts of evil. Terrible evil and hatred still exists in the world, and it arrives without megalomanic plans or cartoonish villainy. It’s not something that’s been consigned to history.

Sachsenhausen is a place tinged with misery and death, and I had go for a long walk afterward. But I’m glad I went, that I got that dose of perspective, and that Germany tends to do a better job of remembering its history than Britain.