Yesterday was the roughly sexennial ritual of replacing all my carbon monoxide detectors.

One of my old detectors started beeping in what I thought might be a false alarm – only one detector was beeping in a room without any appliances, and it was approaching the end of its recommended life – so I decided to buy some new detectors to get more data.

I walked to my local DIY store and bought the first detector they had in stock; I didn’t spend any time doing research. It was a brand I recognised and it had the British Kitemark symbol that the NHS website told me to look for, so I figure it’s probably good.

When I got back, I put two new detectors where the old detector had been beeping, then sat in the garden for fifteen minutes. Silence. 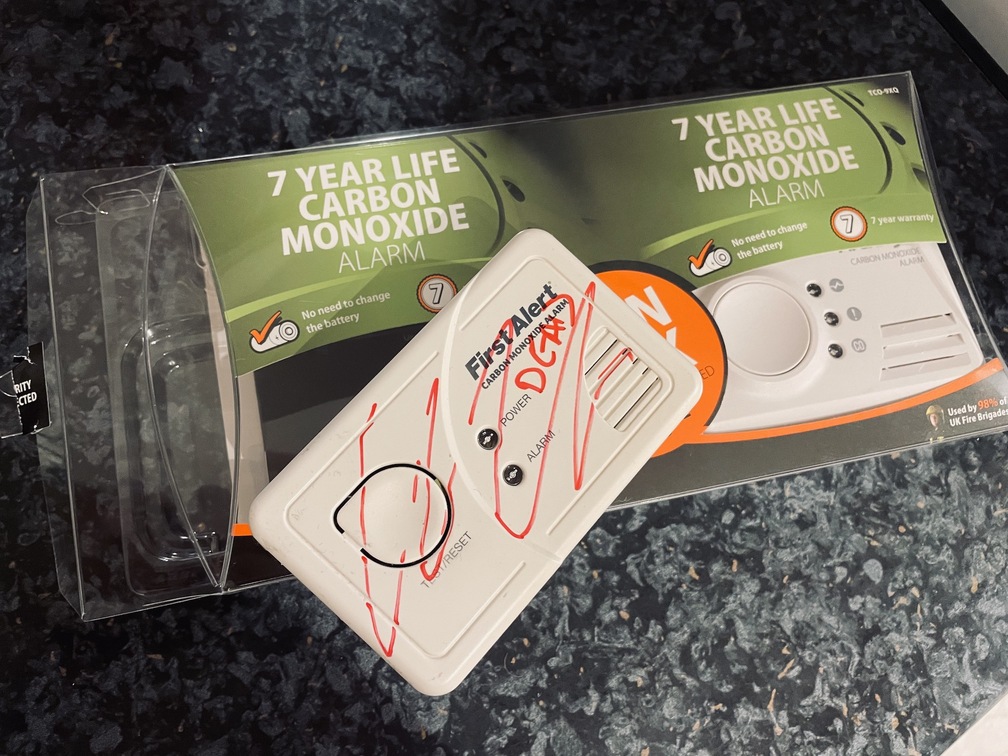 I’ve now binned my old detectors, and put in four new detectors. They’re not in every room, but they’re in all the rooms I care about:

You’ll notice I’ve defaced the old detector – this is so I don’t confuse it with a new detector. It’s a habit I picked up when I worked in a theatre, when faulty cables were cut in half so a well-meaning person didn’t “save” them from the bin and put them in a box of working cables. You had to make it very clear when something was dead.

Carbon monoxide detectors don’t last forever; both my old and new detectors have instructions telling me to replace them after seven years. To air on the side of caution, I’m going to replace these new detectors after six – and I’ve created a calendar reminder for 2028 to do so.

Fortunately it seems like yesterday really was a false alarm – nothing else went bleep in the night – and if I’m lucky, that’s the last time I’ll ever hear a carbon monoxide detector go off.