My favourite podcast is The Incomparable, which just posted its 200th episode. It’s always a fun and insightful discussion into the topic, and it’s clear that the panel always really enjoy what they’re talking about.1 I started listening around episode 60, and I’ve enjoyed it ever since.

But if you haven’t listened to the 200th episode yet, look away now. Spoilers!

Towards the end of the episode, Jason pulled out two listener clips to continue Steve Lutz’s long-running joke to construct a recursive clip loop of the “patron saint of vaguely threatening TV villains, Skeletor” (Listener Étienne). By picking himself from the previous year’s clip show, Steve hopes to eventually take over the annual clip show (and presumably, the world) with clips pointing back to the original Skeletor reference.

Afterwards, John Siracusa suggested making an image chart to track the progress of the clip loop. Although I’m not very good at illustrations, I decided to have a go: 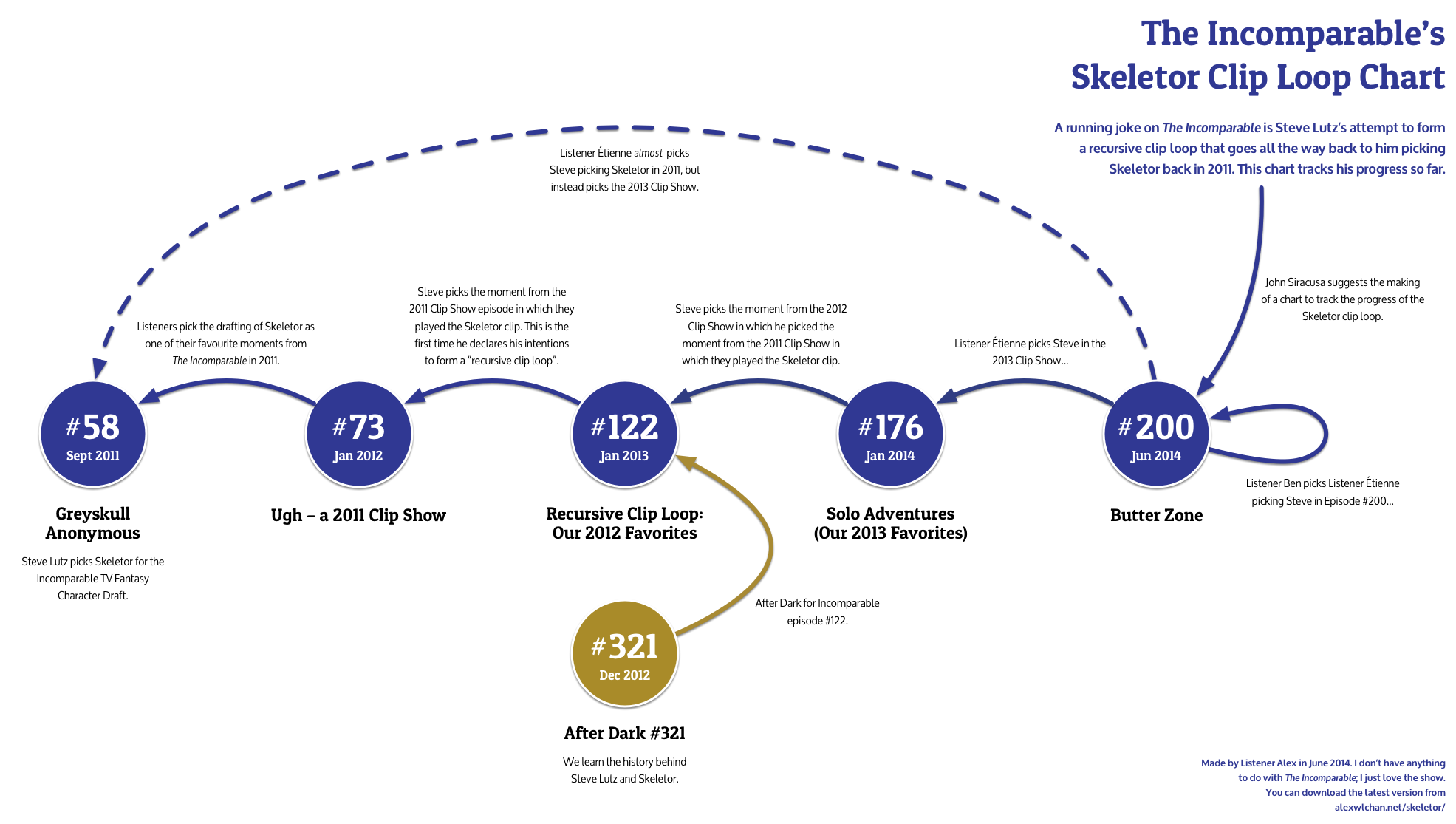 I’ve made a permanent page to track updates to the clip loop as they come along. I’m not expecting anything new until the 2014 Clip Show, but I’ll be listening carefully, just in case.

And to Steve, Jason and all the other Incomparable panellists: thanks for 200 great episodes. Here’s to the next 200.

Update, 3 January 2015: The 2014 clip show dropped yesterday, and naturally there were some Skeletor references. I’ve updated the chart on the permanent Skeletor page, but be warned: spoilers for the clip show await!