A constant highlight of PyCon UK is the lighting talks session. A lightning talk is a talk of up to five minutes, on any topic that might be of interest to the PyCon UK audience. There are usually ten talks in an hour-long session, with a bit of time for handover between speakers, and there are four sessions (one per day) during the conference. Videos of past sessions are on YouTube, including from just this Thursday!

Lightning talks are always fun because you get a wide variety of topics in a short space of time — already this year we’ve heard about mutation testing, dynamic tracing, and chocolate brownies! And it’s a great way for somebody who’s never spoken before to get up on stage. The audience is always friendly, five minutes is enough to say something interesting, and you’re talking about a topic you’re enthusiastic about.

In years gone by, you’d sign up for a lightning talk by writing your name on a flipchart: first-come, first-served. The simplicity was great, but it tipped in favour of people who knew the system — it gave you a head-start compared to a new attendee. And if you hemmed and hawed over whether you wanted to speak, all the slots would be filled up before you’d made a decision.

I’m a big fan of the way the talk selection has been balanced out this year. Thanks to the efforts of Owen, Tim and Vince, the conference now has a lottery system instead. 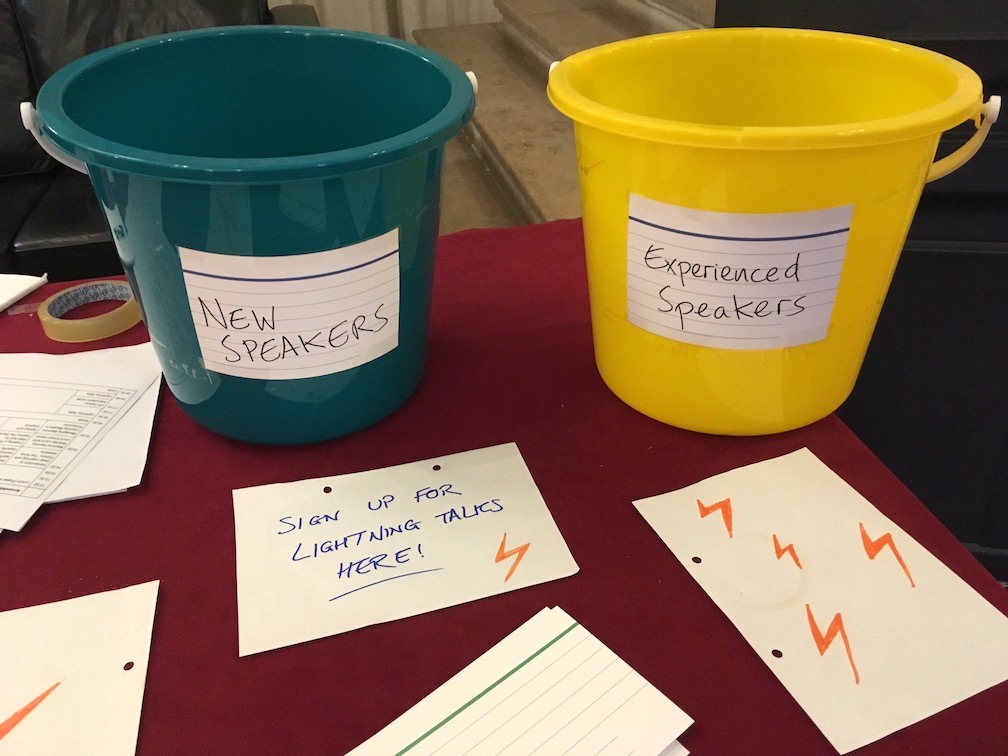 At the start of each day, there are two empty buckets: one for new speakers, and one for everybody who’s spoken at a conference before. There’s a pile of index cards, and to sign up for that evening’s session, you write a name and title on a card, and drop it in the bucket. Very high tech!

At lunchtime, five cards are drawn from each bucket — so we’re guaranteed a good mixture of experienced and new speakers. There’s no penalty for hesitation — you have the same chance of being drawn, no matter when you put in your card — and it’s almost as simple as writing on a flipchart.

So far, we’ve used the buckets for two days, and they’re already filling up for day three. I think this system has been a resounding success, and I’d love to see it spread to other conferences.

Update, 31 October 2017: There were a handful of comments — both on Twitter and at the conference — about the wording on the buckets. If you’ve done one or two talks (maybe a lightning talk at another conference!), but you wouldn’t describe yourself as “experienced”, where do you put your card?

On Sunday, we changed the wording to be clearer: now, rather than saying “experienced speakers”, we just have a bucket labelled “everyone else”. 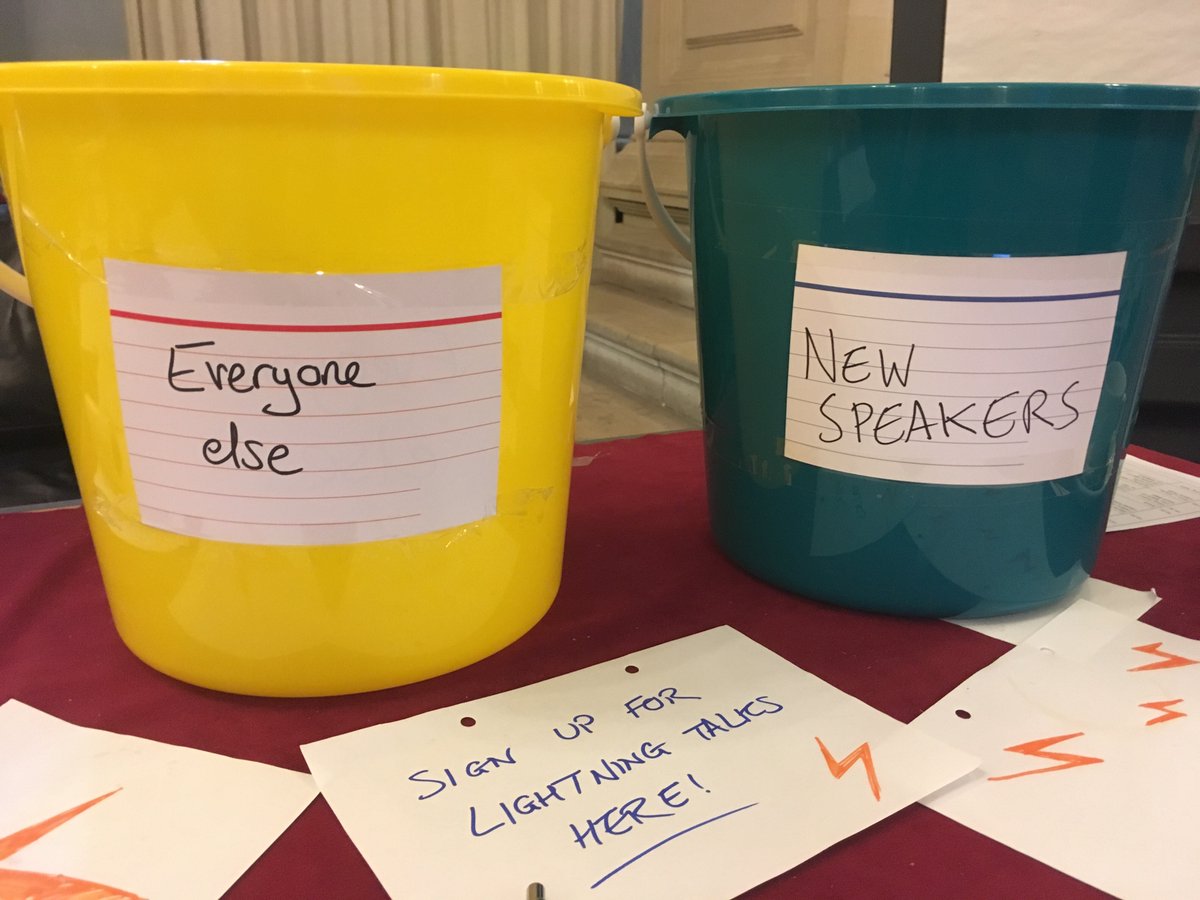 Tweaked wording on the lightning talk buckets at #PyConUK. pic.twitter.com/rptNFFgZ1P