Fictional phone numbers in For All Mankind

Note: mild spoilers for For All Mankind S3E3 “All In”.

In the latest episode of For All Mankind, a character is handed a business card with a UK phone number. The camera lingers on the card for several seconds, giving us plenty of time to read it – but at first glance, I was confused. 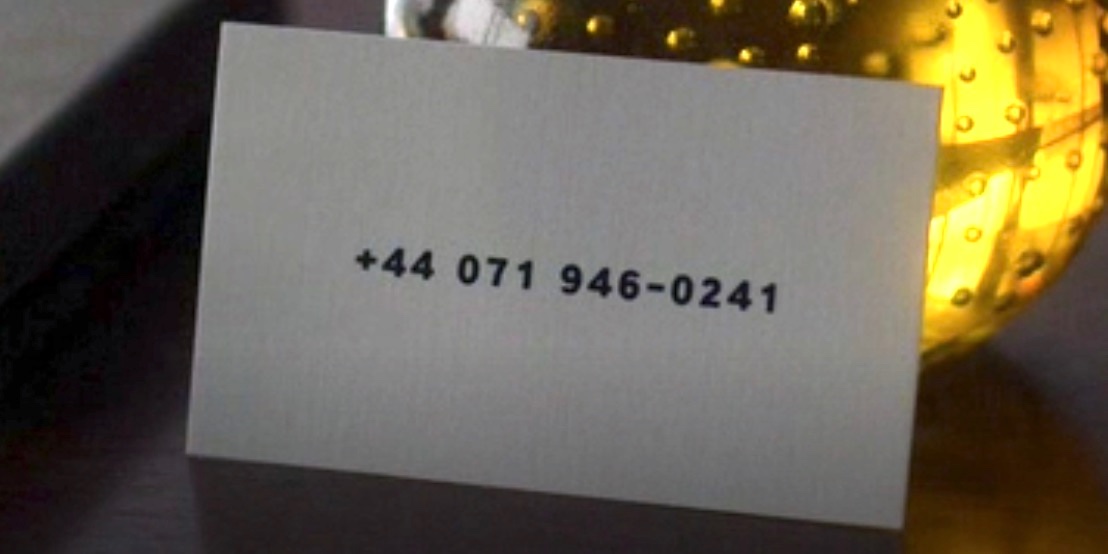 I’m used to seeing eleven-digit phone numbers (including the leading zero), but this only has ten. It doesn’t look like any number I’ve ever seen. The show usually goes to a lot of effort to get small details right, so I was sure this number wasn’t plucked out of the air. Curious, I did some digging.

This episode takes place in 1992, and the number calls somebody working in London.

The first part of the number is easy: +44 is the international dialing code for the UK, and it’s been that way since at least the 1960s. It’s rare that I use it, but I recognise it.

After trawling Wikipedia, I found a document on the BT website that explains the history of the UK phone book. I found it rather interesting, and it includes this note about the London location codes:

6 May 1990 saw the biggest change to the London telephone numbering system since the introduction of All Figure Numbering with the code change from 01 to 071 for inner London and 081 for outer London. This was necessary because of the growth in demand for numbers and the proliferation of ‘number hungry’ equipment such as fax machines and PBXs (Private Branch/Business eXchange) with direct dialling facilities. Changing to 071 and 081 doubled the amount of available London numbers.

I also found a New York Times article about the switch, written at the time. Some things change, but a British obsession with house prices isn’t one of them.

London’s area code changed again in 1995 as part of PhONEday, when every geographic number got an extra ‘1’ after the ‘0’ (so London became 0171 and 0181), but in the show that’s still several years away. There are definitely people who’ll remember this, but in the early ’90s I was very young and not tall enough to reach the telephone yet.

The third part I didn’t recognise, but I had an inkling.

Back in 2008, an episode of Doctor Who had another prominently displayed phone number: 07700 900461. I remember reading news stories about people trying to call the number, and being disappointed they didn’t reach the TARDIS.

The stories explained that Ofcom (who regulate the UK’s telephone network) reserve a range of numbers for use in fiction – and that 07700 number is in the range of fictional mobile numbers. Those numbers don’t get assigned, so nobody’s going to get dozens of unwanted calls from TV fans.

I went digging a little deeper, and I found the first time a block of numbers was allocated for use in fiction. This was Numbering Bulletin 38, published in June 1999 by Ofcom’s predecessor Oftel:

Oftel continues to receive requests for numbers to be used for drama. The following is a list of ranges that can be used without further reference to Oftel: -

(Notice that the bulletin uses the post-PhONEday area code for London, not 071.)

Edit: As Martin McNulty has pointed out on Twitter, this is nonsense. The number doesn’t fall in this range. You can see the precursor of the block that Ofcom now reserves, but the number used in the episode is a combination of the two ranges. It’s got 946 from the 1999 bulletin, and 0421 from the range in the current guidance. (This is what I get for late night blogging!)

The previous bulletin, Numbering Bulletin 37 from November 1998, explains that Oftel was planning to assign some numbers for use in fiction, but hadn’t yet done so. Presumably they picked a bank of as-yet unallocated numbers, but I haven’t dug any further. It’s possible this number went somewhere in 1992 and then got unassigned, but it seems unlikely.

Now I know: this is a UK phone number with a period-accurate dialling code for inner London, drawn from a range of numbers reserved for fictional purposes shortly after the story is set. 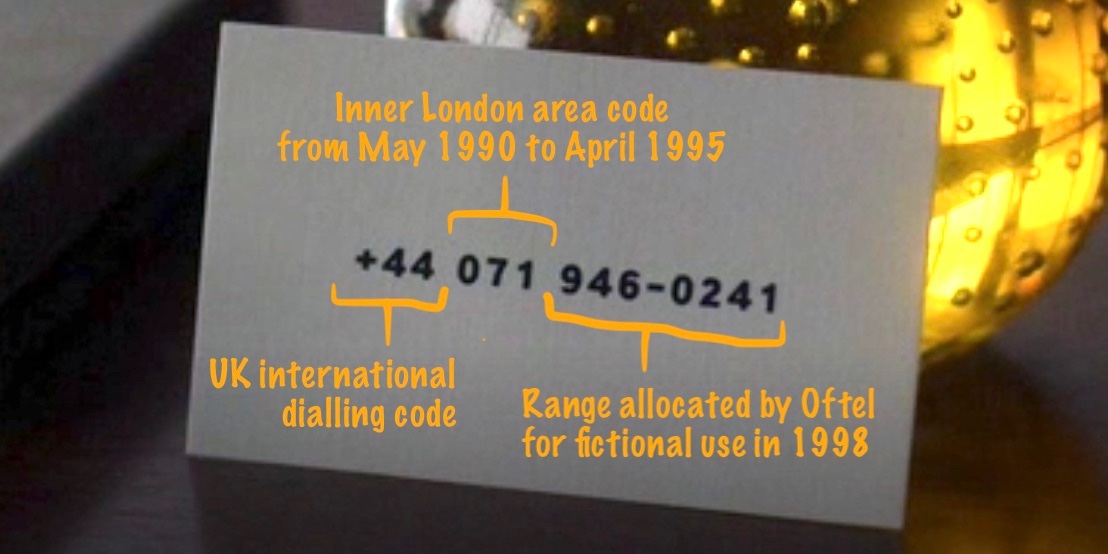 This sort of trivia research is fun and it appeals to my specific brand of nerdery, and speaks to the attention to detail in the production design, but it doesn’t pass for serious analysis.

If you want more in-depth discussion of For All Mankind season 3 (which I’m really enjoying), I like the NASA Vending Machine podcast and the articles on Fangirlish.