One small stitch for yarn, one giant leap for yarn-kind

I’ve always been enchanted by the Apollo lunar module. Most spaceships are smooth, sleek, and streamlined – but this gangly, angular, metal spider is anything but. It only ever flew above the Moon, so it wasn’t constrained by pesky things like atmosphere and drag, which dictate the design of most other airborne vehicles. I’ve never seen anything quite like it.

Because I like it so much, I decided to make a cross-stitch version of the lander, along with the Saturn V rocket that propelled it to the Moon, and I’m rather pleased with the result: 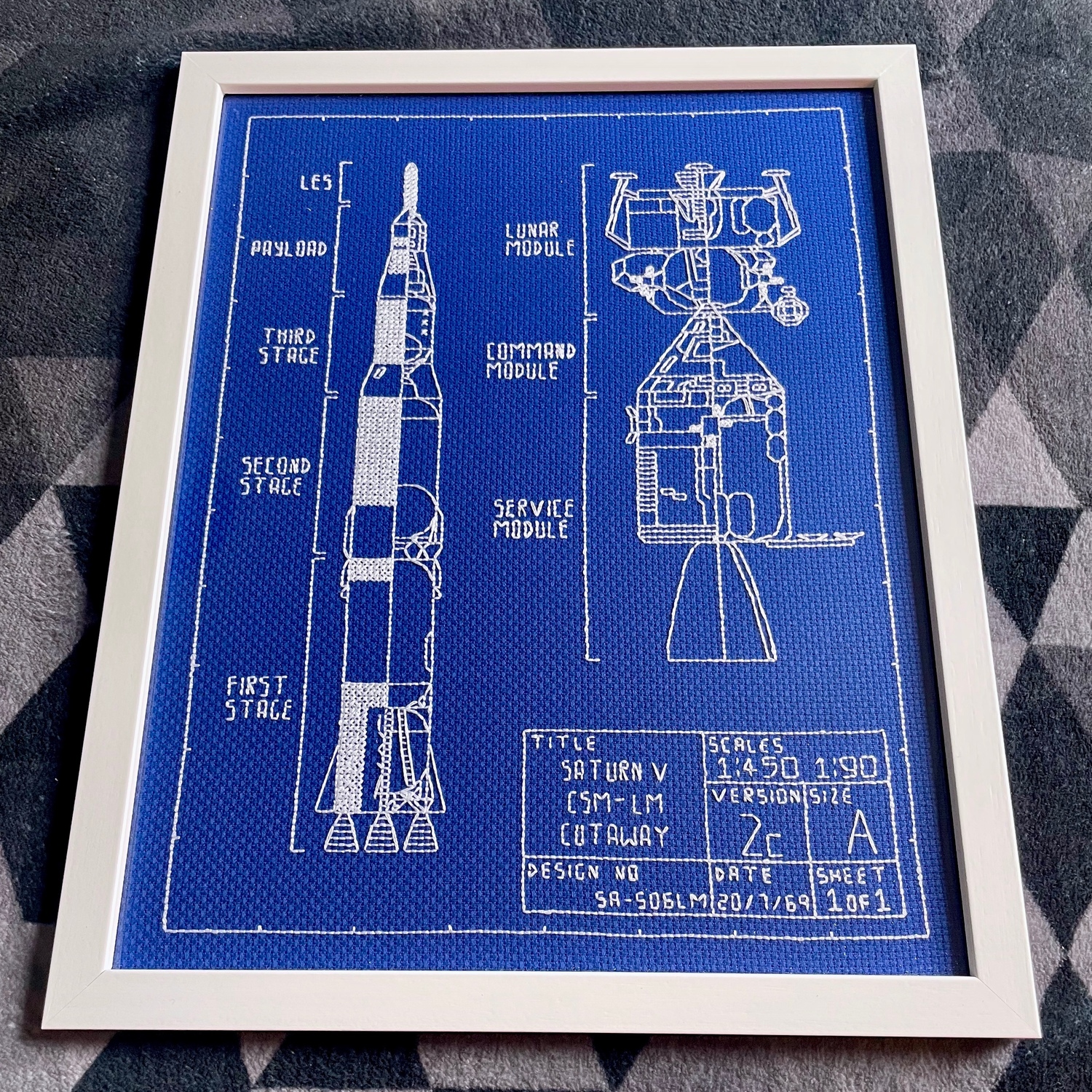 It took a couple of weeks from start to finish, mostly done while catching up on television.

It’s based on a pattern I bought from XStitchCollective on Etsy, who have similar patterns for the Space Shuttle and Space X Falcon rockets. I did make a few tweaks to their design: I prefer my version of the letter “R”, and the scale is more accurate. A real Saturn V really is about 450× taller than in my finished piece, and likewise a real payload is 90× taller.

The fabric is Zweigart 14 count Aida in Deep Royal Blue, and the thread is DMC B5200 white. It was framed by Landseer Picture Framing, a local shop who do some excellent work.

The stitching itself was pretty easy, but I was posting work-in-progress pictures on Twitter, and the photography turned out to be way harder.

My only camera is an iPhone, which “helpfully” tries to correct the white balance of photos. When it saw the large swathes of blue fabric, it thought there was a lighting issue and aggressively adjusted the colours towards orange. I tried to correct them after the fact, but I never got it quite right. I’ve taken dozens of pictures, and they all have different shades of blue. (For example, the picture below has a green-ish sheen that doesn’t look quite right.) 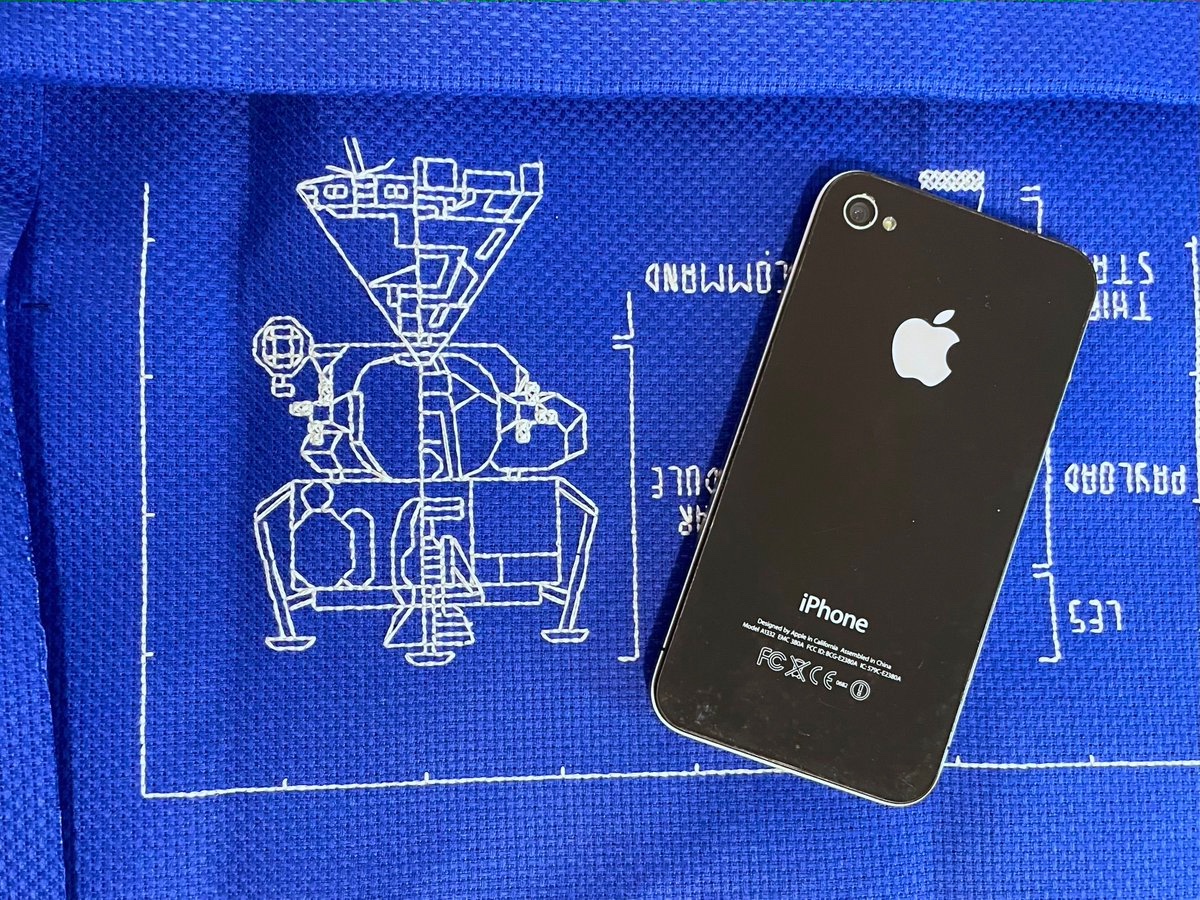 iPhone: “I’m more powerful than the computers that put man on the Moon!”

Apollo Guidance Computer: “So you keep saying, but remind me—of the two of us, who has actually put a man on the Moon?”

But it’s not all bad: I also discovered that the iPhone’s OCR is now good enough to read the text from the stitched image (and it’s not the first time, either). This still feels like magic to me.

Photography woes aside, this was a really fun project to make. I love how the final result looks, and I’m going to enjoy it every time I see it on my wall.