You might remember a couple of months back, I was playing with alternative coordinate systems in SVG. There are some shapes which are easier to define with triangular coordinates than regular (x,y)-coordinates, and I created some Python functions to let me switch between the two coordinate systems.

One shape that’s much easier to define in triangular coordinates is the valknut, a symbol made from three interlocked triangles that appears on a lot of objects from ancient Germanic cultures:

So why was I trying to draw a valknut?

The valknut is also used by some white nationalist groups, which prompted this tweet by @KlezmerGryphon. “Hey, Nazis, I got a message for ya from Odin”, along with a picture of a valknut coloured with the stripes of several pride flags. I liked their design, and I wanted to try reproducing it as an SVG.

The original post was some of my early research into triangular coordinates, but it wasn’t until recently that I came back to the rainbow valknuts.

About two weeks ago, I got the code working, and created a small Flask app that generates valknuts made from different pride flags. This is what it looks like: 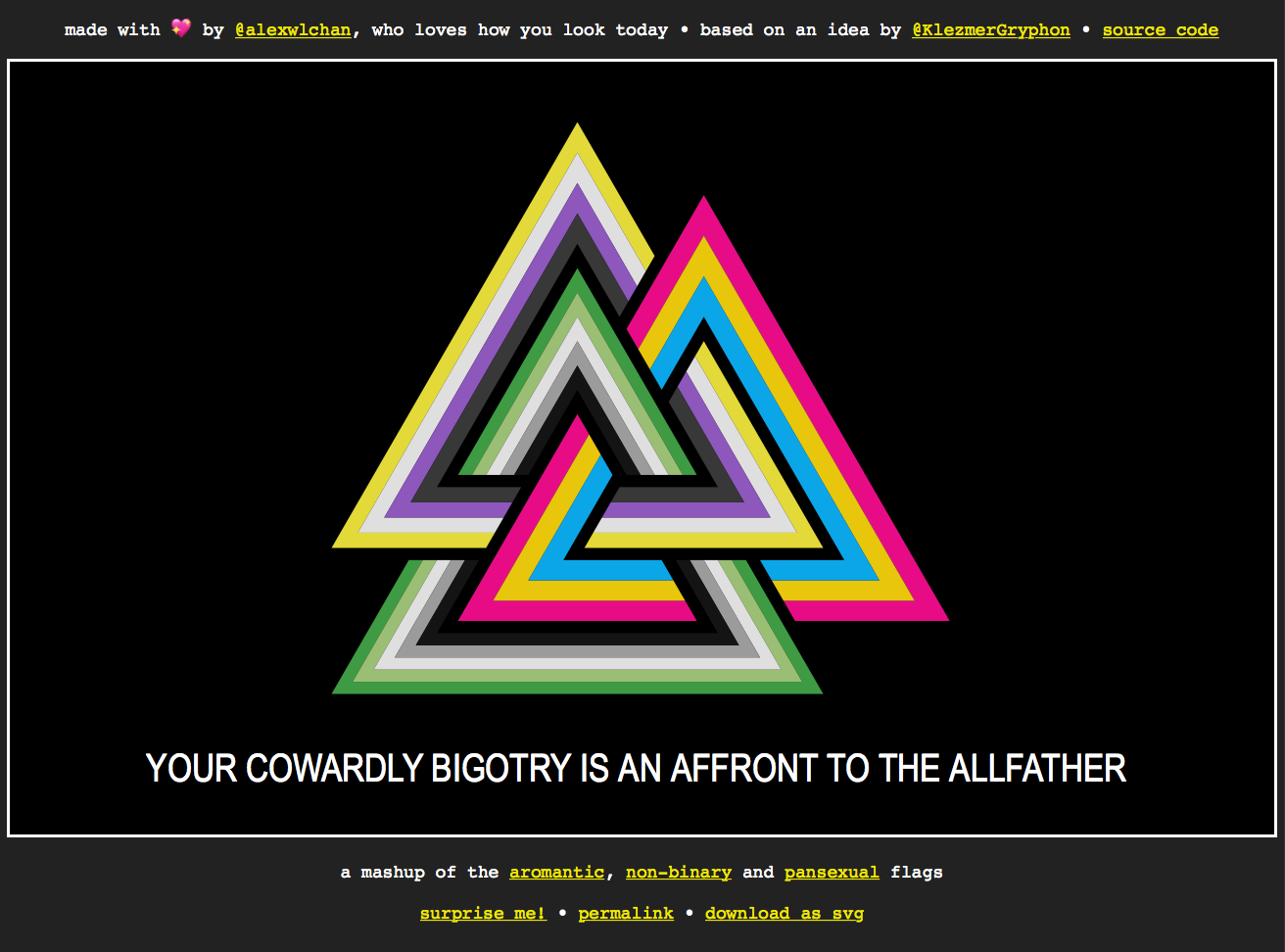 It picks a random selection of three flags every time you reload the page, or you can get a permalink to save that particular image. The list of flags comes from the QueerJS website.

If you’re interested, you can play with the app at https://rainbow-valknuts.glitch.me/, or browse the source code on GitHub.

This was a fun little project to work on, and I’m hoping to do more fun things like this in 2020. I’m especially enjoying Glitch as a place to host these one-off, whimsical bits of code – I’ll hopefully write more about it soon.