The best venues have single-stall, gender-neutral bathrooms, and a policy that everybody can use whichever bathroom they like.

At tech conferences I’ve been to, there are lots of trans and non-binary people, who are often excluded or marginalised by traditionally gendered toilets. Modifying your venue to have some gender-neutral bathrooms is a good way to make them feel included.

Ideally the venue already has some. If not, you can “take over” the bathrooms with signs that make them gender-neutral for the day.

When AlterConf was still running, it was a staple of the conference tweets to see somebody take a photo of the gender-neutral bathroom signs (this is in Berlin): 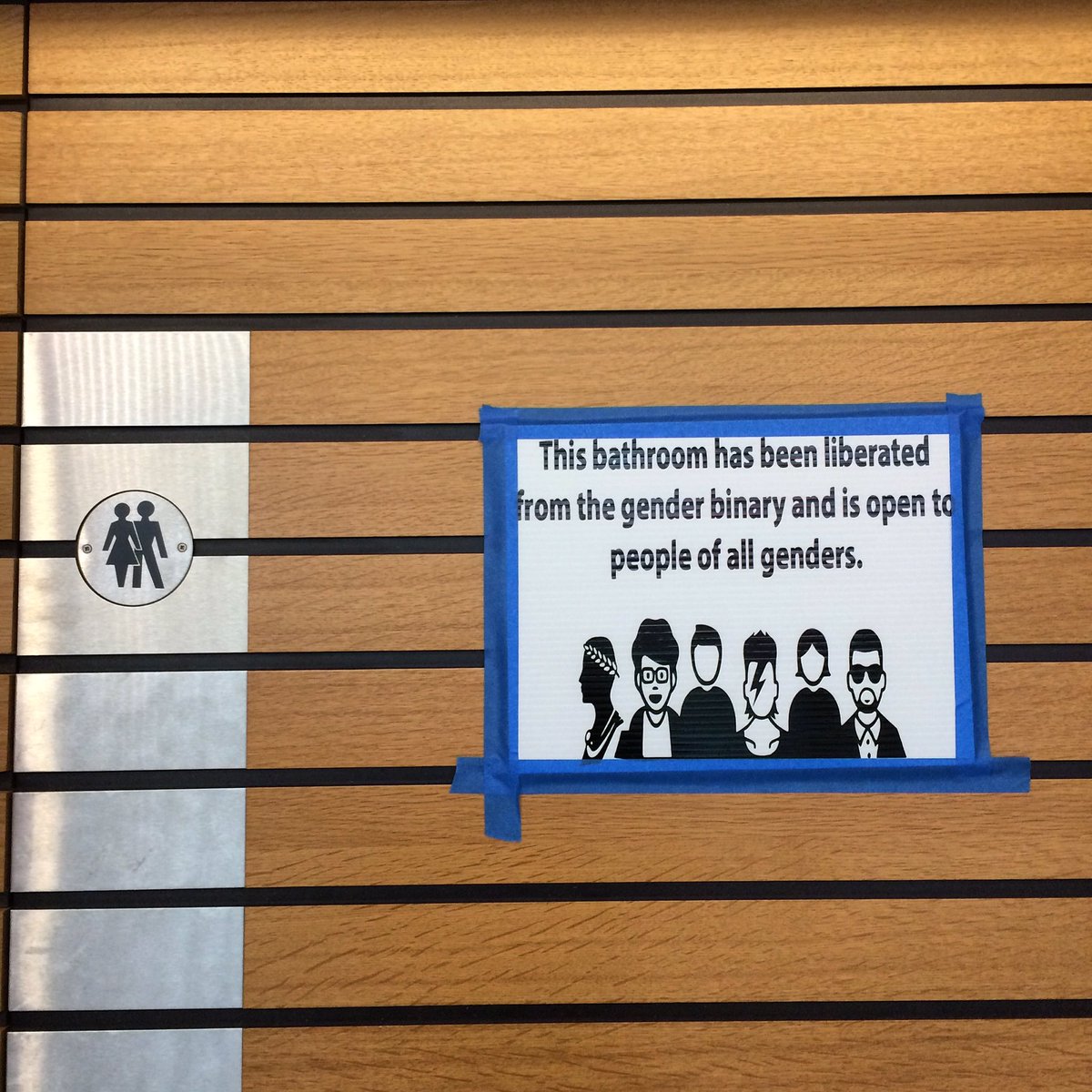 If it’s not possible (for example, you’re sharing your conference space), remind your attendees not to challenge somebody else’s choice of bathroom. For example, here’s a sign from one of the Write The Docs conferences:

If you’re using this toilet and you think a person’s gender doesn’t match the sign on the door, follow these steps:

Don’t worry about it, they know better than you.

If your venue is large enough, the ideal is a mixture of gender-neutral and gendered bathrooms.